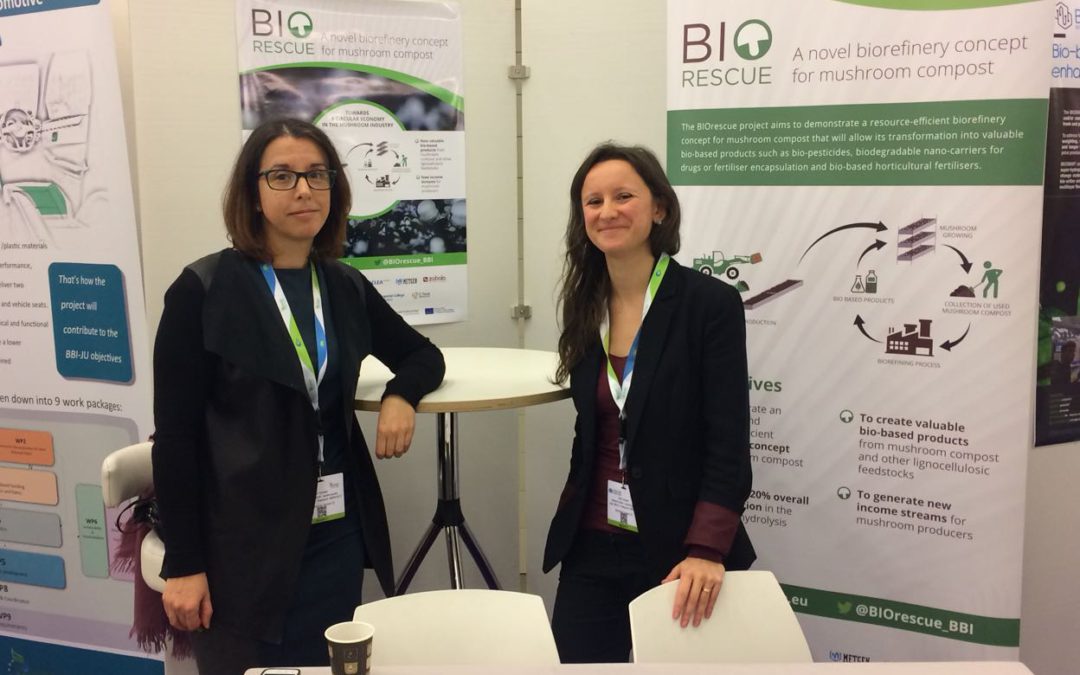 On 6 and 7 December 2017, the BIOrescue project has been showcased at the Bio-Based Industries Joint Undertaking Stakeholder Forum. The first day of the event was restricted to BBI-JU project representatives to foster collaboration and networking between the 65 ongoing projects funded by the BBI-JU. In that framework, Inés del Campo, from CENER, coordinator of the project, presented BIOrescue objectives in a session dedicated to the valorisation of waste resources.

Following these fruitful interactions, a public event was organised on 7 December to discuss new strategic directions for the BBI JU programme. The event brought together over 500 stakeholders from the bio-based economy sector, and included keynote speeches as well as parallel sessions. At this occasion, the BIOrescue project was mentioned as an example of project building bridges between the agricultural and pharmaceutical industries by Jack Metthey, Deputy Director-General for Research Programmes at the Directorate General for Research & Innovation of the European Commission.

During these two days, project partners from CENER and Greenovate! Europe also represented BIOrescue in the event’s open exhibition of BBI JU funded projects and had the opportunity to introduce the project to several representatives from the bio-based industry, public institutions and research centres.