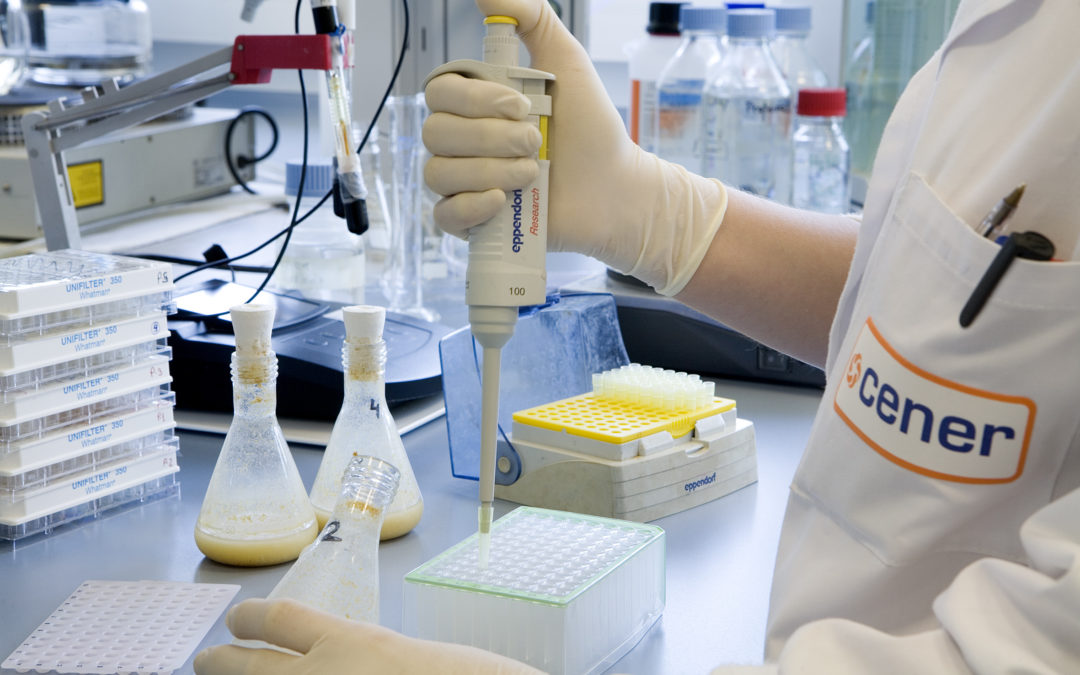 Rising concerns about the depletion of fossil fuels have led the EU to promote the development of a circular economy in Europe, based on the creation of more sustainable products and processes. To reduce waste from agricultural residues and produce valuable products from such renewable resources, the BIOrescue project will test a new biorefinery concept dedicated to the conversion of mushroom compost and other underutilised agricultural feedstocks into bio-based products. Project coordinator Inés del Campo, Senior Research and Development Engineer at the Biomass Department of Spain’s Renewable Energy Centre (CENER) explains the BIOrescue concept.

Where does the BIOrescue project originate from?

In February 2015, several BIOrescue partners, including CENER, Monaghan Mushroom, CLEA Technology, MetGen and the University of Naples, met at a matchmaking event organised by the Bio-Based Joint Undertaking (BBI-JU) in Brussels and we together started elaborating a new concept for mushroom compost recovery. Once the technical process was agreed, we invited other partners to join the team to complete our expertise and submitted the new concept in a proposal for the 2015 call for funding of the BBI-JU. As mushroom compost accounts for 3 million tonnes of waste each year in the European Union, the BIOrescue concept raised interest in the BBI-JU and was selected for funding. After some technical discussions, the project was finally ready to start in September 2016 and we met with all the partners at CENER’s premises during two days to kick start and organise the work.

What will the BIOrescue concept bring to mushroom farmers?

The advantage of using the BIOrescue biorefinery concept is twofold for mushroom farmers. On the one hand, they can recover and repurpose a vast majority of their mushroom compost, thus avoiding costly disposal costs, and on the other hand, the products issued from the recovery can be either used directly in their mushroom farm or sold to external stakeholders from different sectors. Within BIOrescue, we are testing the possibility of converting mushroom compost into bio-based products, such as horticultural fertiliser, biodegradable pesticide for insect pest control or biodegradable nanocarriers for drug or fertiliser encapsulation. In addition, the process includes the recycling of enzymes contained in mushroom compost and their combination with other existing enzymes for the optimisation of biomass conversion processes and the creation of new enzymes for biofuels or energy production.

Will this concept be replicable in other sectors?

Within BIOrescue, we aim to develop more environmentally friendly bioproducts capable of replacing some fossil-fuel based ones existing on the market. After the project, the concept we are currently testing will be integrated in a mushroom farm in Ireland owned by Monaghan Mushrooms, that will be converted into a biorefinery.In practice, the BIOrescue concept is very flexible and based on a multiple-feedstock strategy. It means that it will be replicable not only in other mushroom farms but also with other agricultural by-products. In fact, the full title of the project is “Enhanced bioconversion of agricultural residues through cascading use” and tests will be carried out within the project to combine mushroom compost with other underutilised agricultural feedstocks such as cereal straw, hops and sugar beet residues, apple pomace, citrus peels and olive tree prunings.

To foster the replication of the concept, partners are currently assessing the availability of these feedstocks during the entire year and their composition in terms of bioactive compounds and carbohydrates, which are key elements for the biorefinery process. We hope that the BIOrescue concept will be further developed in other agricultural sectors after the project, to stimulate the adoption of circular economy principles on the European market.

What are the project’s achievements to date?

The project started only nine months ago, but even if it is still in its infancy, most of the tasks have already started. As a preparatory step, partners have carried out a study to determine the optimal mixture of mushroom compost and underutilised feedstocks from Western European regions. At CENER, we are currently testing different processes to extract high value added components contained in mushroom compost. Regarding the thermochemical pretreatment, the first assays carried out on mixtures of mushroom compost and wheat straw have shown interesting results in terms of valuable components extraction and potential for hydrolysis, and the process is currently being optimised.

After the thermochemical pretreatment will come the enzymatic hydrolysis and Monaghan, MetGen and the University of Naples have already started working on the enzymatic solution to be used for the hydrolysis process. In Germany, our partners from the Max Planck Institute for Polymer Research have already initiated the tests to produce biocompatible nanocarriers for drug delivery from the liquid fraction obtained with fractionated mushroom compost. We also recently selected several criteria for BIOrescue environmental, social and technoeconomic assessment to ensure the sustainability of the whole process. Even if the work is still at its initial stage, almost all steps of the process are currently underway and we will meet with other partners in June at Monaghan’s premises for a first review of the preliminary results.

For more information, please visit the BIOrescue website at www.biorescue.eu.